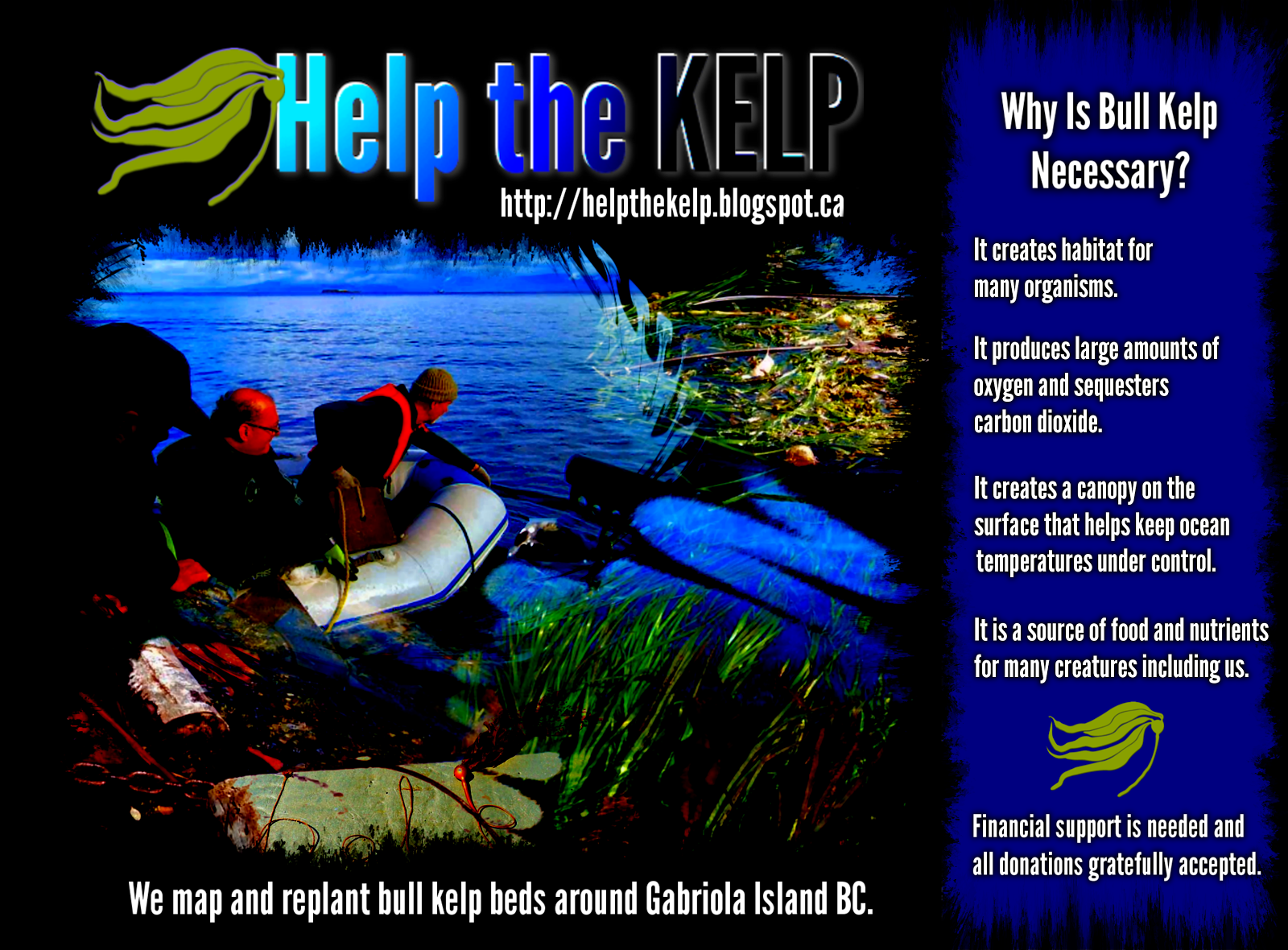 An article in the Flying Shingle newspaper states:

Efforts to help regrow the kelp beds off Gabriola’s coast have paid off, according to kelp helper Michael Mehta.And the technique used to seed new kelp beds is internationally recognised for its innovation, Mehta said in a July 2 interview at his home off Orlebar Point.Mehta said the reseeding efforts are clearly working, as bull kelp heads are peeking up above the water’s surface “all the way down to Clark Bay” from Orlebar Point.“We planted in Clark Bay – right in front of Camp Miriam – to the end of Seagirt, and all the way down to just beside the Surf Lodge,” Mehta said. “That’s filling in, and what’s happening is, because the currents run both directions throughout the year, it seems that a lot of the spores have worked their way down and are now filling in the gap between the Surf, and Orlebar Point.”

To read the full article click here.
Posted by Michael at 10:27 AM